A couple of Photos from the build, and launch of HMS ALBION as supplied by S/M John Holden.

Old Ships....One of the main blocks of the LPD(R), Albion, being driven along Buccleuch Dock Road in Barrow-in-Furness from Devonshire Dock Hall to the Build Slip. Bus stops. bollards, lamp posts all moved to allow the transfer. 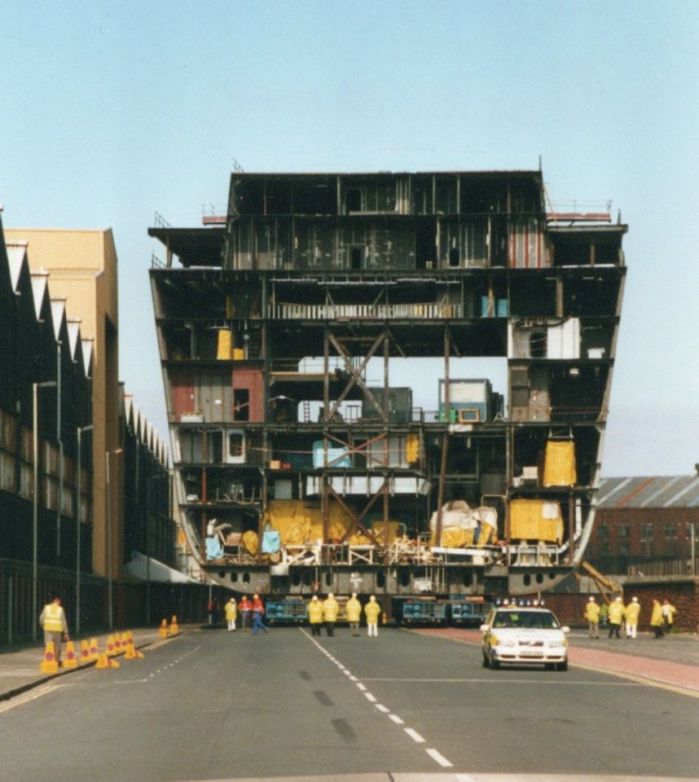 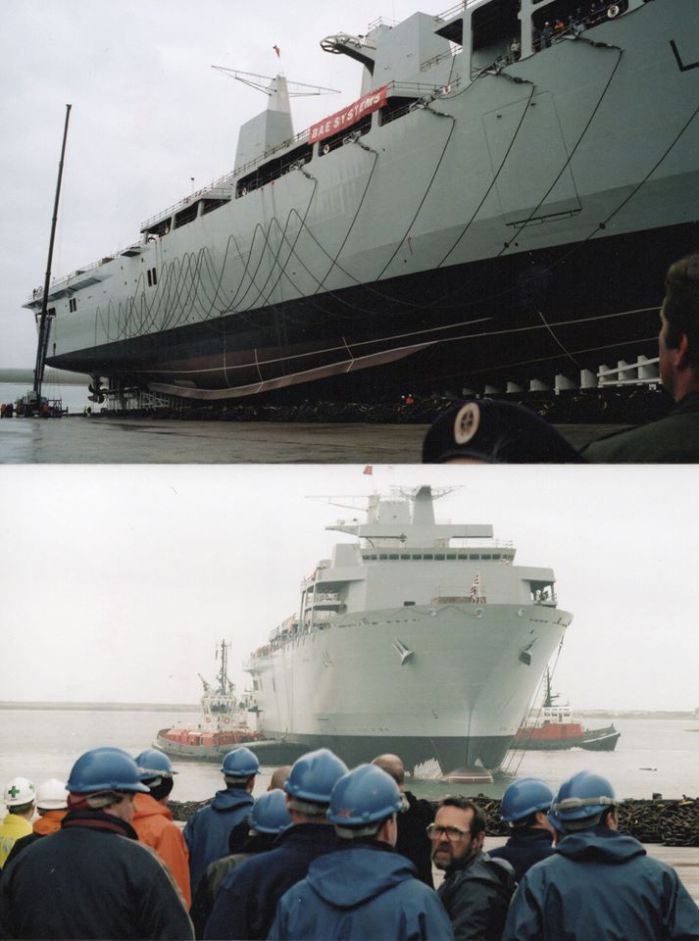 The 4 below are of HMS Duchess from     S/M Brian Roberts.

On the 24th March 1955 we were in Naples. We were secured stern to the jetty along side the Molo Pascare when we were struck on the starboard bow by the SS Excambion, a 9,644 ton American cargo ship which was manoeuvring to her berth.
The damage to the liner was slight but we weren’t so lucky as you can see from the attached photos. 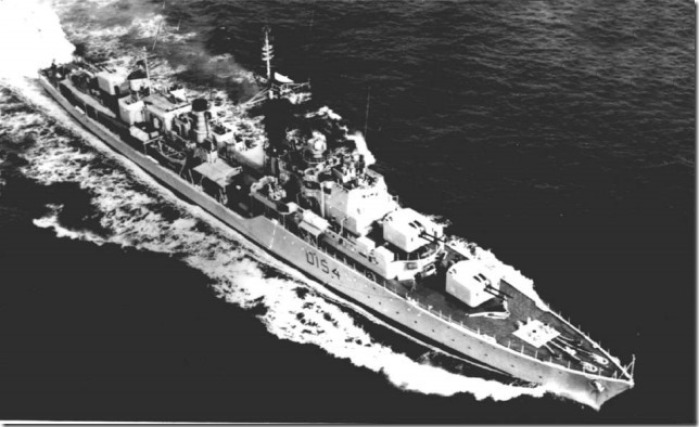 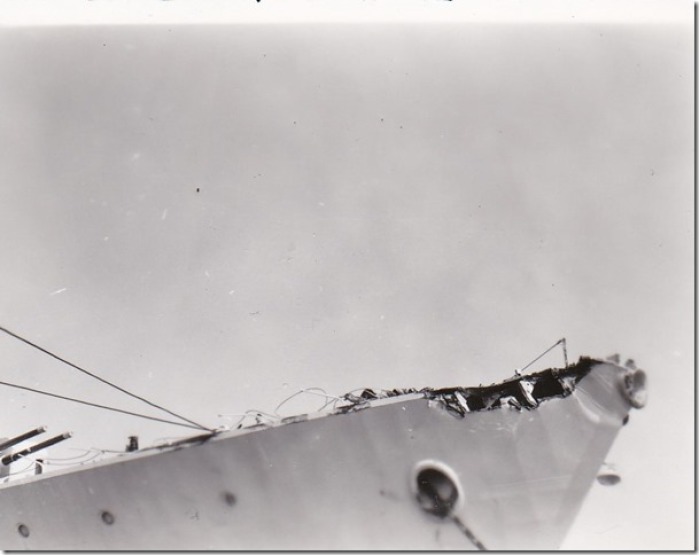 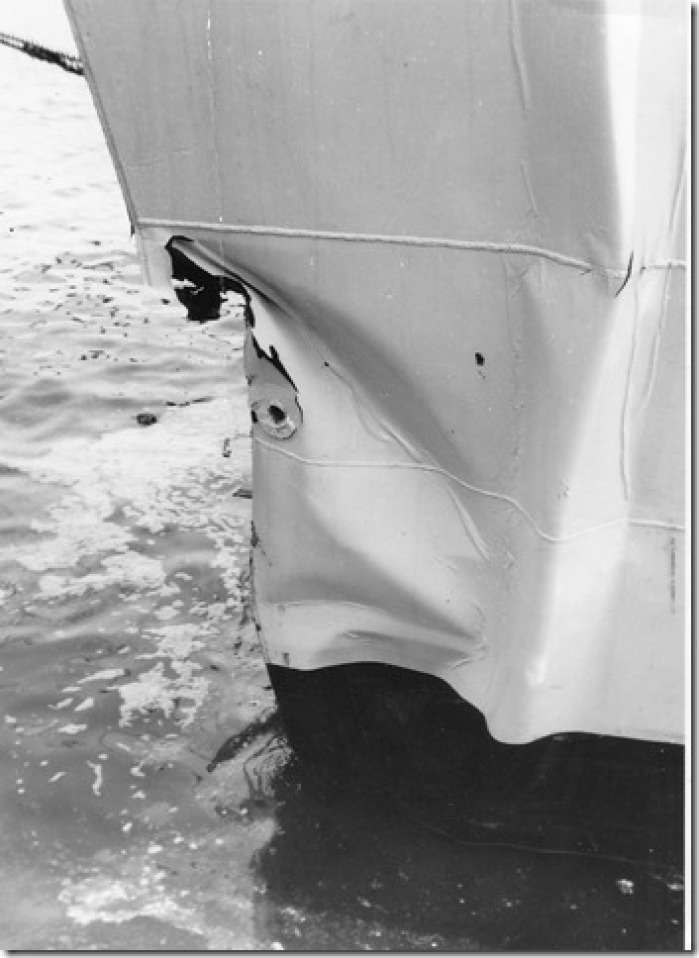 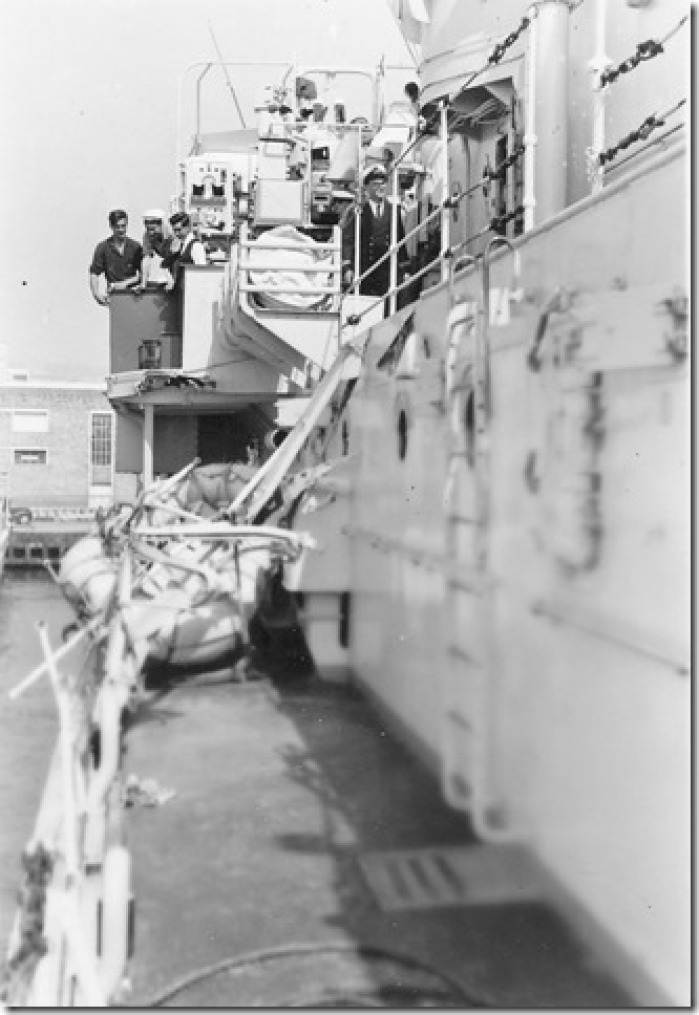