Crossed Over the Bar

Shipmates
It is with regret, that we have to report that S/M Bernie Harwood passed over the bar on the 7th February 2020.

Our sympathies go to S/M Bernie Harwood's Family and friends.

It is with regret, that we have to report that Mrs Carolyn Colbourne passed over the bar on the 31st January 2020 after a short illness. (Wife of S/M  Ron Colbourne).

Our sympathies go to S/M Ron Colborne's Family and friends.

We have been informed by Shipmate Joe Pannett, that Frank Morgan has sadly crossed over the bar.
Frank, who was nearly 98 years old, was an ex-police officer and attended many of our parades as Burma Star Standard Bearer, he also attended many parades in London and was presented to the Queen on several occasions.  Joe has no other details at present.  Funeral details will be sent out when I have received them.
Our sympathies go to S/M Joe and S/M Frank Morgan's Family and friends.

The next Mess Meeting will take place at Broadwater Working Mens Club on Thursday 5th March.

Meeting will start promply at 2000

As ever, prizes for the raffle will be greatly appreciated.

The most important security mission in the Middle East is in Royal Navy hands until the summer.

Today a team under Commodore James Parkin took charge of the International Maritime Security Construct – a coalition of nations committed to safeguarding merchant shipping from hostile attacks and interference, allowing the safe, free flow of trade.

The Bahrain-based organisation – perhaps better known under its operational name, Sentinel – provides warships to shepherd civilian vessels into and out of the Gulf via the Strait of Hormuz, where four tankers were attacked last summer and the illegal seizure of the British-flagged oiler Stena Impero.

The increased threat prompted a strong response from the Royal Navy – frigate HMS Montrose has been heavily engaged since July in protecting merchant vessels and remains on patrol there today as part of the UK’s forward presence in the region; she’s also been supported by HMS Duncan, Defender and Kent.

On an average day, two British-flagged container ships or tankers are passing through the Strait of Hormuz and each day their journey is delayed costs their owners an estimated £230,000.

Beyond that, there are around 2,200 merchant vessels in the region daily, hence an international response to the threat.

Seven nations stepped up to the plate: UK, USA, Australia, Bahrain, Saudi Arabia the UAE and Albania – with the IMSC officially beginning operations in early November under US Rear Admiral Alvin Holsey.

He handed over to Commodore Parkin, who is normally based at Stonehouse Barracks in Plymouth where he commands the UK’s Littoral Strike Group – the newly-renamed amphibious forces.

The presence of the Brits and their four-month tenure of the IMSC – commanding an international staff, international warships and international intelligence-gathering air power – was warmly welcomed by Vice Admiral James Malloy, Commander of the US Navy’s Fifth Fleet – the senior naval officer in the region.

“Sitting in my office two months back, the First Sea Lord promised he would send the very best, a seasoned, combat experienced officer with significant regional tours under his belt – and he was true to his word,” Vice Admiral Malloy said.

Although the Strait of Hormuz has been the focal point of efforts and global attention over the past six month, Commodore Parkin’s domain also includes two other key ‘choke points’ where shipping has been attacked in the past – the Bab al Mandeb at the foot of the Red Sea and the Horn of Africa, where vessels have been attacked by rebels/pirates – as well as the more open waters of the Gulf of Oman and Gulf.

He is determined to build on the groundwork laid by Admiral Holsey and his staff.

“The UK is committed to ensuring the safety of shipping in the Gulf region, which contains some of the most important choke points in the world,” Commodore Parkin added.

“We recognise the importance of freedom of navigation and will ensure it is upheld.

“While the UK continues to call for de-escalation, the safety and security of our citizens and our interests in the region are of paramount concern to the UK and the Royal Navy.” Please find below details from S/M David Shipley regarding the upcoming trip to the Arboretum, if you would like to go please let Anna/David have your £10.00 deposit on the night of the AGM.
The National Arboretum by coach, long weekend.

Cheques made payable to: Just for Groups

If you can only bring cash, a cheque to the Coach Company will be sent on your behalf.

More literature will be handed out at the A.G.M or by contascting cityaffairs@aol.co.uk.

The following was received by S/M Mike Crowe

First I must make an apology. I regret that the RN Shipmates system has been very quiet.

The website www.rnshipmates.co.uk looked as if it, or even me, had crossed the Bar!!

No, my wife has fought off a Mini Stoke with tests, medication its side effects and I have had a Prostate Cancer scare with all the tests involved there. However, the real fly in the ointment was computer problems of which I will say no more, fellow computer users will understand. Thanks to my son we are up and running again!

I AM BACK ON DUTY.

Go to www.rnshipmates.co.uk and go to ‘reunions’ on a regular basis, this is because nearly 400 local newspapers across the country are now printing a ‘Letter to the Editor’ mentioning the rediscovered camaraderie at Royal Navy Reunions. Their readers are posting their reunions. You might like to copy this to your branch shipmates so that the can be sure their ship’s Associations reunion is listed.

Many thanks for your co-operation in bringing shipmates together again, let me know when a tot is raised and I will raise one to you from this end!

Presentation of Cheque to RNBT

RNA Central Office & Worthing Branch Subscriptions
Shipmates
The Royal Naval Association Central Office and Worthing Branch Subscriptions are required to be into the Branch no later than 31 January 2020.
The Royal Naval Association Central Office subscriptions for 2020 are £14.
Worthing Branch subscriptions for 2020 are £5.
If you use the Broadwater Working Men’s Club the fee is still £5.
Please complete the enclosed forms and return them with your cheque (payable to Worthing RNA) to S/M Bob Scott 44 Bolsover Road, Worthing, West Sussex, BN13 1NT.
If you have any problems, not renewing your membership or are not sure what is required please contact S/M Bob Scott 01903 243875, if there is no answer please leave your name and telephone number and I will get back to you or Email to bobscottarea3rna@aol.co.uk
Yours Aye
S/M Bob Scott
Royal Naval Association
Worthing Branch President
44 Bolsover Road
Worthing
West Sussex
BN13 1NT
01903 243875

Offer of an Allotment for a year

We have received an email from an Ex-RN S/M from Shoreham offering the use of an alloment in Shoreham for a year.  A summary from his email is copied below.

If anyone is interested in taking him up on his offer, please email to "message@rna-worthing.org", and we will put you in touch.

My partner has an allotment in Ham Road, Shoreham. We are heading to Spain for 10 months and rather than give this allotment up, I suggested that one of my RNA shipmates may wish to tend it for the next year. It's at no cost, all produce would be the property of the person tending the plot.

The first priority would be to keep it weed free. There is a shed on the plot with most tools required, plus a kettle, for those times when peace and quiet may be needed.

80th Anniversary of The "Altmark Incident"
17th February 2020 will be the 80th Anniversary of 80th Anniversary of the “Altmark Incident” where the famous cry “The Navy’s here” rang out loud around the world as Sailors from the Destroyer HMS COSSACK boarded and freed 300 British Merchant Seaman.
One of the Heroes of that night, WO J J F Smith DSC is buried in Durrington cemetery. He won his DSC in this action and was the only British casualty wounded by a booby trap. Therefore in order to Commemorate this Event a Parade will take place at 1100 on Monday 17 Feb 20 at Durrington Cemetery.
Worthing Branch of the RNA will be attending with their Standard, and any other Area 3 Standard that is able to attend would be more than welcome. Apologies for the short notice but the Parade was only suggested in mid-December and the arrangements have only just been finalized. The Rig will be the usual Veterans Rig.
The Parade will consist of a simple Service and wreath laying, I would suggest that you may wish to lay one on behalf of the Royal Navy Association, and should last about thirty minutes. On completion we will repair to the Rose & Crown Pub in Worthing for a buffet lunch. So you are aware the following will also be involved, a Contingent from HMS DAUNTLESS, (sadly HMS DIAMOND were unavailable), a Representative from the Norwegian Embassy, the HMS COSSACK Association, Worthing Veterans Association and Worthing Borough Council. We also hoping for a good representation from the Media.
Anyone wishing to attend - with or without standards - should email pro@rna-worthing.org, and details will be forwarded to Worthing Veterans Association.

Crossed Over the Bar
Please find below an email from Shipmate Kevin Maynard:
"It is with a heavy heart that I must report that Les Greenfield RAF (Retd) passed away on Tuesday.
Les was for many years the Standard Bearer for the RAFA, He attended all the parades and many a funeral carrying the Standard.
I am appealing for as many veterans and Standards as possible to attend the funeral to say farewell to such a great veteran, Les was a great guy who supported the veterans community in many ways, including attending nearly every meeting of the Worthing's Veterans Drop in Centre from its launch.  A True Gentleman. Rest in peace Les".
Funeral Details are:
Worthing Crematorium on Thursday 5th December at 15:40
Order of Dress is "Vets Rig" (Blazer, Beret & Medals etc).
Drinks afterwards will be at the RAFA club.

Do you have any old Photos of your old Ships?

We are looking to start a page dedicated to ships that members have served upon in the past (or where still serving - currently) as a sort of Rouges Gallery!

If you have any photos - along with any comments or dits that you would like to see go on, please email to :

The Branch attended the Annual Remembrance Parade at the Town War Memorial on Sunday 10th November 2019.

There was a good turnout of members with the standard carried by S/M Richard Shenton, and the Chairman S/M David Shipley laying the Branches' Wreath.

This Years Parade will take place at the Cenetaph in Worthing Chapel Road on Sunday 10th November.

Members attending should do so wearing the standard dress - with medals.

Muster outside the Library by 1040 ready to form up and prepare to march on to the parade.

The UK's HMS Queen Elizabeth Carrier Strike Group has formed for the first time on the Westlant 19 deployment, the Royal Navy announced on 26 September.

The carrier has been joined by destroyer HMS Dragon, frigate HMS Northumberland and fleet tanker RFA Tideforce off the eastern seaboard of the US following the completion of the Canadian-led submarine hunting exercise Cutlass Fury in which Northumberland took part.

Dragon has now left the task force to join another carrier group working in the same waters off the coasts of New Jersey, Delaware, Maryland and Virginia. The destroyer will form part of Carrier Strike Group 10, led by USS Dwight D Eisenhower which is undergoing a US Navy Tailored Ship's Training Availability programme.

Dragon will then re-attach to the Queen Elizabeth group ready to begin combined training with UK F-35 Lightning stealth fighters from 617 Squadron. 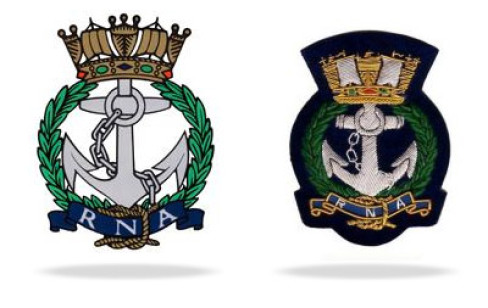