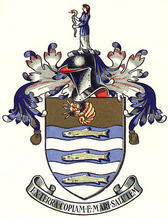 Worthing has grown to be the largest town in West Sussex with a population now of approximately 100,000 but evidence shows that Stone Age people lived in this area over 60,000 years ago.  By the New Stone Age, some 5,500 years ago, it was the centre of the most important flint mining industry in the country. Tools and metal of the Bronze Age and coins and pottery from the Iron Age have all been found within the Worthing Area.  So too have Roman coins, tiles and pottery giving evidence of Roman occupation in various parts of the town, including under the Museum itself.

The Saxons settled here and used Highdown Hill (West of Worthing on A259) as their burial ground.  Objects that were buried with the bodies such as knives, jewellery, fine glassware, spears and swords can be seen in displays in The Worthing Museum.  Many local villages, such as Tarring and Sompting also have Saxon origins.

Until the 1700's Worthing's beach was only enjoyed by the local fishing and farming communities and passing travellers.

Visitors started to come to Worthing later in the 18th century, prompted by the medical profession who at that time were extolling the virtues of sea-water, claiming it could cure virtually all ills.  The town really came to people's notice when George III decided that his delicate young daughter, Princess Amelia, would benefit from a spell at this little fishing village.  It was not long after this that other fashionable people began to sample the water. By 1803 there were a number of streets, several fine residences and some hotels and a few boarding houses.  Also in that year a special Act of Parliament was passed incorporating a body of Commissioners charged with the duty of paving, lighting, cleaning, improving the streets and establishing an effective police force.  The Act declared that the hamlet of Worthing should be called the Town of Worthing.

A Local Board of Health superseded the old Commissioners in 1852, and a Town Council was appointed on the incorporation of the Borough in 1890.

These first visitors were wealthy and fashionable people who expected a variety of entertainment, comfortable lodgings and regular dips in the sea. They also enjoyed 'Promenading' but at that time Worthing's seafront was a narrow roughly made-up road that divided the beach and the few buildings along the foreshore.

In 1821 The Esplanade was built, stretching for half a mile from Warwick Road to West Buildings. In 1865 it was extended to Heene Road and was renamed Marine Parade. Over the years hiring of deck chairs became possible, along with bathing machines and boats. In the 1930s the Parade was extended to Wallace and George V Avenues as West Parade.

British seaside piers date from the early 1800's. Worthing's pier was the thirteenth to be built in England at a cost of £6,500 by the Worthing Pier Company. The first pile was erected into the seabed on 4 July 1861. Designed by Sir Robert Rawlinson, the Pier was officially opened on 12 April 1862. Over the years it has been rebuilt and enlarged.

The Pier was a success from the start and inevitably there were soon plans for improvements. Two kiosks were added on the landward end of the Pier in 1884 to house the tollhouse and a souvenir shop. It was possible to hire a Bath chair outside. By 1889 a pavilion had been erected at the southern end of the Pier. The landing stage was also at the southern end. It was very important to the success of the Pier as Paddle Steamers regularly moored there to pick up and drop off passengers enjoying day trips along the coast. The best known was the Worthing Belle, in recent years the Waverley has been a regular visitor.

Disaster struck the Pier on Easter Monday 1913. Strong gales had developed throughout the day and by 9 o'clock in the evening the wind was blowing at 80 M.P.H. Crowds gathered on the shore to watch the Pier being battered by the waves. Soon after midnight the Pier's electricity supply was lost and within minutes the decking between the pavilion and the shore had been washed away. The stranded pavilion was nicknamed 'Easter Island' by local and national newspapers and it was soon possible to buy postcards showing aerial views of the wreckage. Repair work commenced immediately and the Pier was reopened on 29 May 1914 by the Lord Mayor of London, Sir T. Vanisttart Bowater Bart.

Worthing Borough Council purchased the Pier on 23 March 1921 for the sum of £18,978. 15s.  Visitors to the Pier were charged 2d which included admission to hear an Orchestra play in the South Pavilion. Between Easter and Autumn the Orchestra performed at 11am and 6pm every Monday to Saturday and on Sundays at 3 and 7pm. Monthly tickets cost 5/- and 3/- for a two-week ticket. Five years later the Council demolished the kiosks and replaced them with a new pavilion to seat 1,000 people. Designed by architects Adshead and Ramsey it was described as being 'a pleasant rendezvous for residents and visitors at all times'. A new souvenir shop was built next to the building; the tenant was granted the right to sell photographs taken along Marine Parade.

Disaster struck again on 10 September 1933 when fire destroyed the South Pavilion. Volunteers helped the fire brigade to remove furniture from the burning building and rip up decking to stop the blaze spreading any further.  The Pier was repaired within two years. On its opening the new South Pavilion, re-furnished and fully equipped for dances and refreshments, the waves had washed away was dubbed by the Daily Mirror as 'the sun trap of the south'.  Both the central amusement pavilion and the windshield that runs along the length of the Pier were built in 1937.

When war broke out in 1939 the south coast became a fortress against possible invasion. In 1940 drastic steps were taken to hinder any enemy attack by blowing a 120-foot hole in to the Pier's decking near the South Pavilion.  Worthing was used as an embarkation site on D-Day.  In 1942 when fears of an invasion had lessened, the Pier became a recreation centre for troops complete with a canteen, library and billiard tables.

After the war the Borough Council put in a claim to the Government's War Damage Commission to repair the hole in the decking and refurbish the Pier after years of military occupation and general neglect. The Pier reopened in April 1949 but as materials were in short supply, recycled cast iron water mains were used for some of the Piers piles. In 1947 there was only one shipload of green-heart timber imported into Britain and half of it was used as piles for the landing stage.

Oscar Wilde found it such a 'charming town' that he spent the summer and autumn of 1894 here writing 'The Importance of Being Earnest' in the mornings and playing with his family on the beach in the afternoons.

In 1897 an elegant 'birdcage' bandstand was built west of the Pier. For nearly thirty years holidaymakers and residents enjoyed numerous band concerts; the Worthing Borough Band regularly performed there. In 1907 a shelter was erected between the bandstand and beach to provide seating for promenaders to enjoy the music in comfort. In 1925 the bandstand was demolished and replaced with the Band Enclosure, designed by Adshead and Ramsey, which was later renamed the Lido. The original canopy over the stage was replaced in 1929 by the present domed roof. Over the years interest in band music declined and eventually in 1957 the Lido was converted into an unheated swimming pool. These days the Lido is a family entertainment centre.

In the 1960's Worthing was a prime venue for live bands including the Who and Eric Clapton. 'Star Search' was a talent show hosted by the Pavilion Theatre and was penned as being 'the most outrageous talent show in Britain' and had world wide press coverage. Worthing also hosted one of the first few live National Lottery shows in 1995. 'Wish You Were Here' and 'Dance with a Stranger' were filmed here. More recently 'Men behaving Badly' filmed an episode in one of Worthing's hotels as well as building a golf course on the beach for the filming.

Throughout the 1970's to the 1980's Worthing became the place to retire to. It offers the best of coast and countryside, easy shopping and facilities and is geographically flat making it very accessible. When seaside resorts became less popular, with the massive competition of cheap holidays abroad and full package holidays becoming more and more affordable, Worthing became 'typecast' as a destination for the elderly. 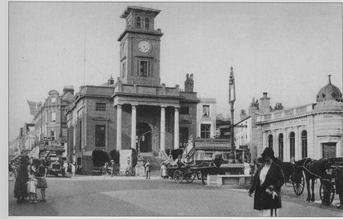 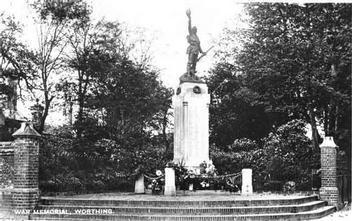 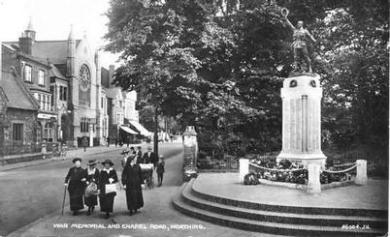 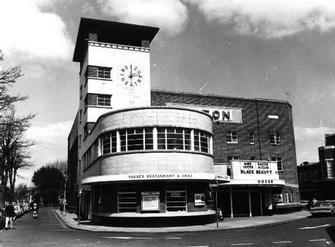 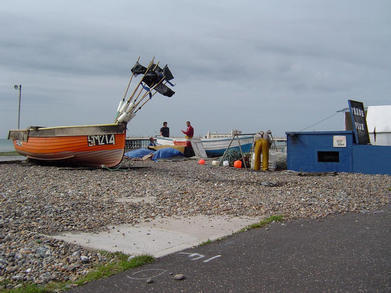 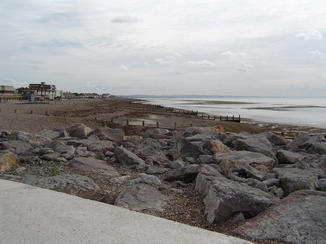 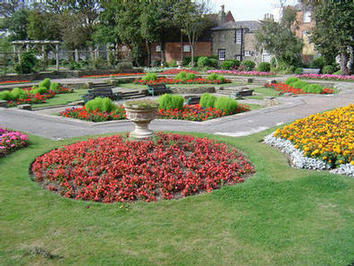 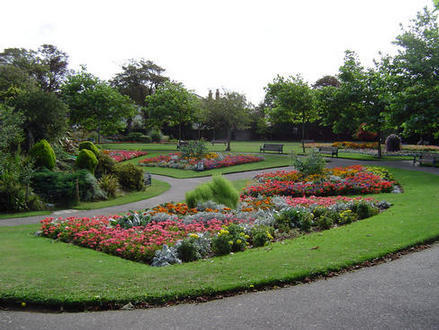 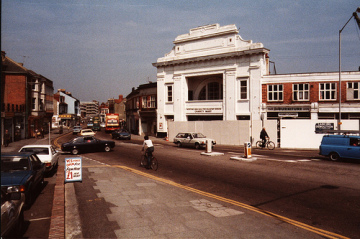 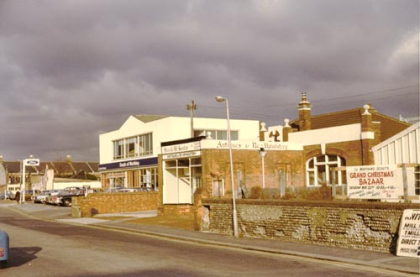 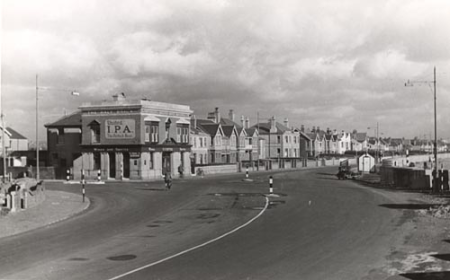 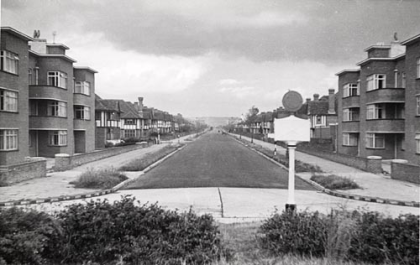 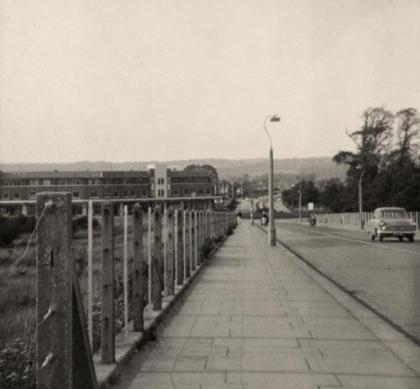